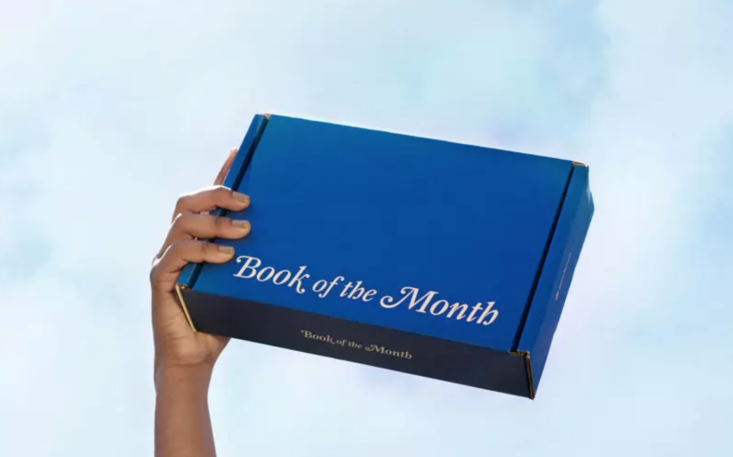 Last call to sign up for Book of the Month and get one of the March selections! The Two Lives of Lydia Bird by Josie Silver

Lydia and Freddie. Freddie and Lydia. They’d been together for more than a decade, and Lydia thought their love was indestructible.

But she was wrong. On her twenty-eighth birthday, Freddie died in a car accident.

So now it’s just Lydia, and all she wants to do is hide indoors and sob until her eyes fall out. But Lydia knows that Freddie would want her to try to live fully, happily, even without him. So, enlisting the help of his best friend, Jonah, and her sister, Elle, she takes her first tentative steps into the world, open to life—and perhaps even love—again.

But then something inexplicable happens that gives her another chance at her old life with Freddie. A life where none of the tragic events of the past few months have happened.

Lydia is pulled again and again across the doorway of her past, living two lives, impossibly, at once. But there’s an emotional toll to returning to a world where Freddie, alive, still owns her heart. Because there’s someone in her new life, her real life, who wants her to stay. The Splendid and the Vile by Erik Larson

On Winston Churchill’s first day as prime minister, Adolf Hitler invaded Holland and Belgium. Poland and Czechoslovakia had already fallen, and the Dunkirk evacuation was just two weeks away. For the next twelve months, Hitler would wage a relentless bombing campaign, killing 45,000 Britons. It was up to Churchill to hold his country together and persuade President Franklin Roosevelt that Britain was a worthy ally—and willing to fight to the end.

In The Splendid and the Vile, Erik Larson shows, in cinematic detail, how Churchill taught the British people “the art of being fearless.” It is a story of political brinkmanship, but it’s also an intimate domestic drama, set against the backdrop of Churchill’s prime-ministerial country home, Chequers; his wartime retreat, Ditchley, where he and his entourage go when the moon is brightest and the bombing threat is highest; and of course 10 Downing Street in London. Drawing on diaries, original archival documents, and once-secret intelligence reports—some released only recently—Larson provides a new lens on London’s darkest year through the day-to-day experience of Churchill and his family: his wife, Clementine; their youngest daughter, Mary, who chafes against her parents’ wartime protectiveness; their son, Randolph, and his beautiful, unhappy wife, Pamela; Pamela’s illicit lover, a dashing American emissary; and the advisers in Churchill’s “Secret Circle,” to whom he turns in the hardest moments. Hour of the Assassin by Matthew Quirk

As a Secret Service agent, Nick Averose spent a decade protecting the most powerful men and women in America and developed a unique gift: the ability to think like an assassin. Now, he uses that skill in a little-known but crucial job. As a “red teamer,” he poses as a threat, testing the security around our highest officials to find vulnerabilities—before our enemies can. He is a mock killer, capable of slipping past even the best defenses.

His latest assignment is to assess the security surrounding the former CIA director at his DC area home. When Nick enters the man’s study, the home’s inner sanctum, he finds the man alone and unconscious. Someone else has been here—someone who attacked the chief and left him for dead, just moments before. Desperately attempting to save the man’s life, he contaminates the crime scene. Now, investigators believe Nick is somehow involved.

Nick knows he’s the perfect scapegoat. But who is framing him, and why? To clear his name, he must find the truth—a search that leads to a nefarious conspiracy whose roots stretch back decades. The prize is the most powerful position in the world: the Oval Office.

To save himself and the people he loves, Nick must stop the men who rule Washington before they bury him along with their secrets. Blindsided by her mother’s sudden death, and wrecked by a recent love affair, Casey Peabody has arrived in Massachusetts in the summer of 1997 without a plan. Her mail consists of wedding invitations and final notices from debt collectors. A former child golf prodigy, she now waits tables in Harvard Square and rents a tiny, moldy room at the side of a garage where she works on the novel she’s been writing for six years. At thirty-one, Casey is still clutching onto something nearly all her old friends have let go of: the determination to live a creative life. When she falls for two very different men at the same time, her world fractures even more. Casey’s fight to fulfill her creative ambitions and balance the conflicting demands of art and life is challenged in ways that push her to the brink. In Oak Knoll, a verdant, tight-knit North Carolina neighborhood, professor of forestry and ecology Valerie Alston-Holt is raising her bright and talented biracial son. Xavier is headed to college in the fall, and after years of single parenting, Valerie is facing the prospect of an empty nest. All is well until the Whitmans move in next door—an apparently traditional family with new money, ambition, and a secretly troubled teenaged daughter.

Thanks to his thriving local business, Brad Whitman is something of a celebrity around town, and he’s made a small fortune on his customer service and charm, while his wife, Julia, escaped her trailer park upbringing for the security of marriage and homemaking. Their new house is more than she ever imagined for herself, and who wouldn’t want to live in Oak Knoll? With little in common except a property line, these two very different families quickly find themselves at odds: first, over a historic oak tree in Valerie’s yard, and soon after, the blossoming romance between their two teenagers. Coupon
Exclusive Coupon: See New Skincare Box July/August 2021 – Available Now
Our reviewers research, test, and recommend the best subscriptions and products independently; click to learn more about our editorial guidelines. We may receive commissions on purchases made through links on our site.