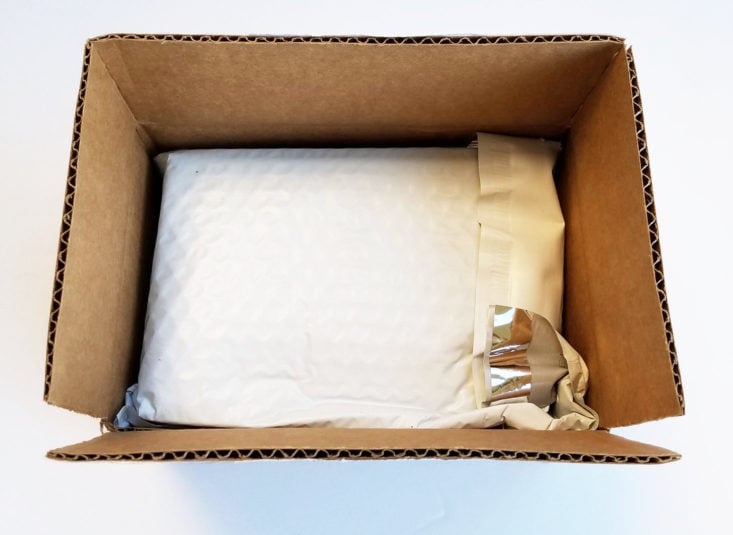 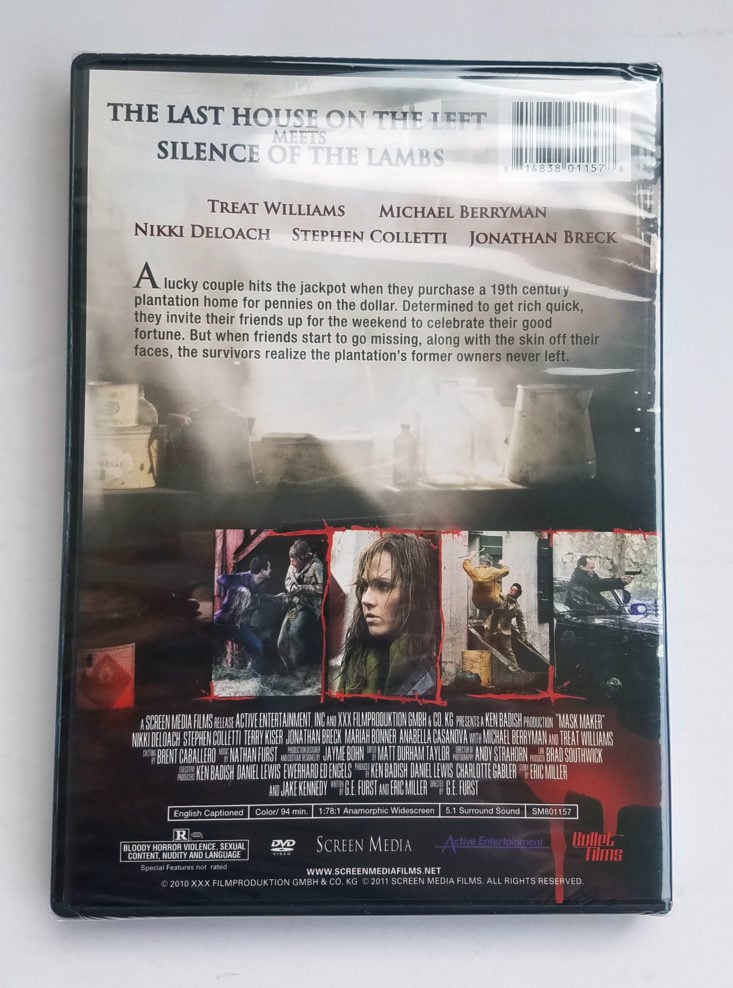 This movie was the one I wanted to watch first of the December selections because of the cast that includes Stephen Colletti (MTV’s Laguna Beach) and Terry Kiser (Mannequin 2: On the Move, Weekend at Bernie’s, Friday the 13th Part VII: The New Blood ). The plot is a big melting pot of horror movie clichés: abandoned house, voodoo, murderous spirit, killer with mommy issues, sex scenes in barns, etc. The title of the movie is the biggest giveaway of the plot, but at least you know what to expect, eh? It is like a poor man’s Texas Chainsaw Massacre if you like Designer Imposter Perfumes of the horror movie world. 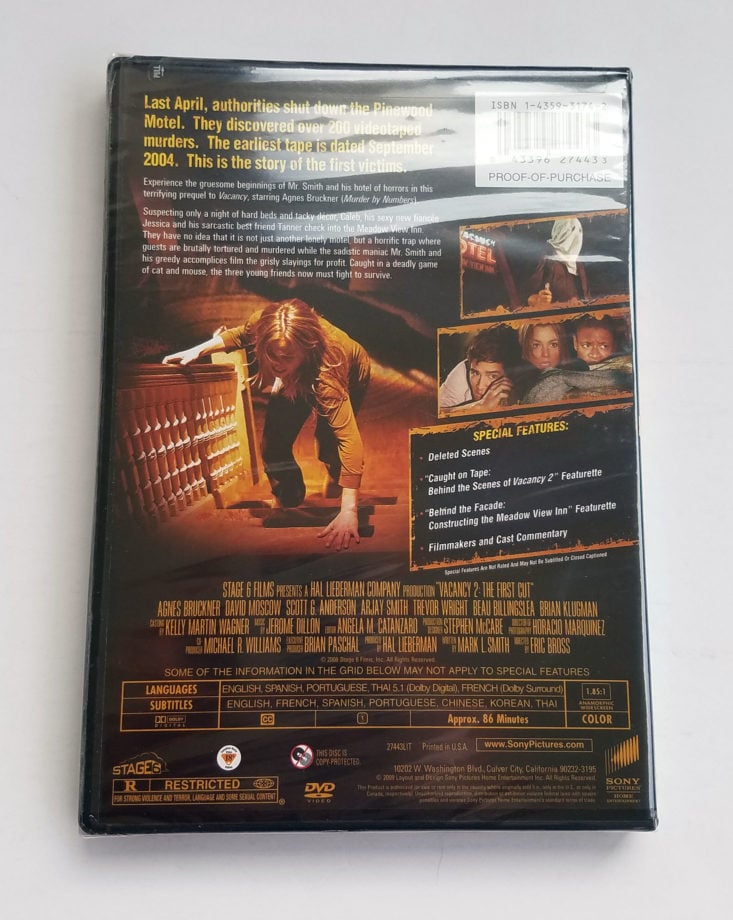 Truth be told I have never seen the first Vacancy movie, but this film is apparently a prequel showing the backstory of how a murderous, snuff movie filming hotel owner came to be. The death scenes in this aren’t tremendously gory, but absolutely terrifying. This movie had its unsettling moments. It does a great job of touching on how terrifying modern technology can be combined with voyeurism. The film was compelling also due to the likable female lead played by Agnes Bruckner. I couldn’t find anything online about this particular movie due to it being exclusive through Horror Pack. This movie is a collection of short films about demons, inherent evil, and supernatural presences. The final short was my least favorite of the bunch, but I overall enjoyed the anthology as a whole. The tale that I enjoyed the most was Van. That vignette reminded me of a few stories from the Scary Stories to Tell in the Dark anthology sets from my childhood (I still own and cherish the books. If you seek them out make sure to get the sets with illustrations by Alvin Schwartz). Verdict: The great thing about Horror Pack is that they constantly are introducing movies I have never seen let alone heard of in some instances. The films included in this box were released within the last ten years and all but Turista are independent or straight to video releases. Vacancy 2 was the most enjoyable of the selections this month for me due to the plot and acting (both good and bad). $19.99 for four movies is a great deal, especially for a release that is limited like Demons. Overall, I was pleased with December’s box.

Can you still get this box if you sign up today? No, you will receive the January box.

Value Breakdown: This box costs me $19.99 with free shipping which means that each of the movies would cost $5 a piece roughly. If I were to buy these movies individually, my calculations come up to $22.45 for three of the movies (I couldn’t find Demon’s retail value due to it not being available for purchase on other sites)! That is $2.46 in savings, which isn’t shabby at all. Review
Freshly Review — Everything You Need to Know About This Prepared Meal Delivery Service
8 comments | June 10, 2021