My Thrill Club is a monthly subscription box that sends you two books and movie. You get to pick the category from Crime & Mystery, Thriller & Espionage, Horror or a Surprise Me option. The Subscription Box: My Thrill Club

The Products: Each month, you’ll receive 2 books and a movie based on the genre of your choice The author of the best-selling Harry Hole series now gives us an electrifying tale of vengeance set amid Oslo’s brutal hierarchy of corruption.

Sonny Lofthus has been in prison for almost half his life: serving time for crimes he didn’t commit. In exchange, he gets an uninterrupted supply of heroin—and a stream of fellow prisoners seeking out his Buddha-like absolution. Years earlier Sonny’s father, a corrupt cop, took his own life rather than face exposure. Now Sonny is the center of a vortex of corruption: prison staff, police, lawyers, a desperate priest—all of them focused on keeping him stoned and jailed. When Sonny discovers a shocking truth about his father’s suicide, he makes a brilliant escape and begins hunting down the people responsible for his and his father’s demise. But he’s also being hunted, and by enemies too many to count. Two questions remain: who will get to him first, and what will he do when he’s cornered? The Son is a stand-alone novel but if you enjoy it, Jo Nesbo has quite a few series available to dive into! The Son is a pretty dark crime drama but I find myself cheering for Sonny. The action is fast and pretty violent but that makes sense, given the subject matter. This is a mildly complex plot but it moves very quickly. I read that this may be made into a movie and I could definitely see this as a decent drama. In the LAPD’s Open-Unsolved Unit, not many murder victims die a decade after the crime. So when a man succumbs to complications from being shot by a stray bullet ten years earlier, Bosch catches a case in which the body is still fresh, but any other clues are virtually nonexistent. Even a veteran cop would find this one tough going, but Bosch’s new partner, Detective Lucia Soto, has no homicide experience. A young star in the department, Soto has been assigned to Bosch so that he can pass on to her his hard-won expertise.

Now Bosch and Soto are tasked with solving a murder that turns out to be highly charged and politically sensitive. Beginning with the bullet that has been lodged for years in the victim’s spine, they must pull new leads from years-old evidence, and these soon reveal that the shooting was anything but random.

As their investigation picks up speed, it leads to another unsolved case with even greater stakes: the deaths of several children in a fire that occurred twenty years ago. But when their work starts to threaten careers and lives, Bosch and Soto must decide whether it is worth risking everything to find the truth, or if it’s safer to let some secrets stay buried. The Burning Room is part of Michael Connelly’s Harry Bosch series. I hadn’t heard of this series before and this is the seventeenth novel about Bosch but it works as a stand-alone as well. This follows the detective and his new partner who are investigating a crime from years ago. That investigation is really interesting and I like the way it interacts with the storyline of Bosch dealing with his new partner. I enjoy a nice crime mystery but I also liked the other plots that were worked in. I got a nice feel for Bosch without having 16 previous novels to pull from and his relationship with his new partner was interesting while giving me a desire to read more about them. It looks like this series is continuing so, while I enjoyed this novel on its own, I’m excited to have an entire series to check out! What if your own family stood in the way of everything you worked for? Bobby Green (Joaquin Phoenix) has forsaken his name to escape his family and their tradition in law enforcement to pursue his ambitions as a Brooklyn nightclub owner. As he turns a blind eye to the drug dealers around him, he comes face to face with the family he abandoned when his brother (Mark Wahlberg) and father (Robert Duvall) crack down on the club. Now Bobby must choose a side. Is he going to turn informant or will he help run the biggest crime ring in New York history?

I remember when this film came out but had never watched it. This is a pretty straightforward crime/family drama but I found the fast pace and acting really enjoyable. I enjoy the guilty pleasure of a Mark Wahlberg drama every once in a while and I am a big fan of Joaquin Phoenix. I don’t watch a ton of crime dramas so if you do, this might feel repetitive but I thought this was a nice change of pace for my normal movie watching habits.

Verdict: I find the value of this box to be pretty great. The retail value of these items comes to $68.94. The value available via Amazon still comes to $23.51, well over the $14.99. That feels like a fair price for two books and a movie. I also liked that this month happened to include two books I hadn’t heard of and a movie I hadn’t seen. If you are up to date on all things mystery novel, this might not be the case for you. But for someone like me, who enjoys but doesn’t seek out every new mystery novel, it was a nice discovery box. I don’t think I would read two mystery novels every month because it isn’t my preferred genre but I think it’s cool that they offer a “Surprise Me” option. That option mixes it up and every month you’ll get books and movies from across all categories – Crime & Mystery, Thriller & Espionage, and Horror. So if you’re like me, you can get a little taste of the various genres that you enjoy without sticking to one path for too long.

What do you think of My Thrill Club?

My Thrill Club delivers the best in Crime & Mystery, Thriller, and Horror. Pick a category then each month you receive 2 books and an eBook for $19.99. Instructions for redeeming the eBook: Please email us at [email protected] with the genre you would like and if it is for Kindle or Apple ... read more.
Spoilers
Deals
Reviews
Read customer reviews >Write Your Own Review

This looks like a great subscription, I just wish they had a Fantasy and/or Science Fiction category.

I like all of those genres but most intrigued by horror, I think? Or maybe just surprise if I can’t decide??

I think $15 is an amazing price for the content of this box. I haven’t read any of the Bosch book series either. Amazon has produced a couple seasons of a Bosch online video series Prime members can watch free. I really enjoyed It. Thanks for the great review!

This sounds like a great box! $15 is reasonable – I may have to give this one a go!

Oooh I’m interested in the horror genre also! I think for $15 I can’t pass this up!

I jumped on this box when Liz put up the list of boxes we would like her to review. I am so excited as my first box will ship in a few days. I picked horror and I seriously can not wait. My only worry after this review is that I don’t have a blu-ray player and I can’t remember if that was a choice. I am hoping I get a dvd or I won’t be able to watch. I think 2 books and a movie is well worth $15. a month. 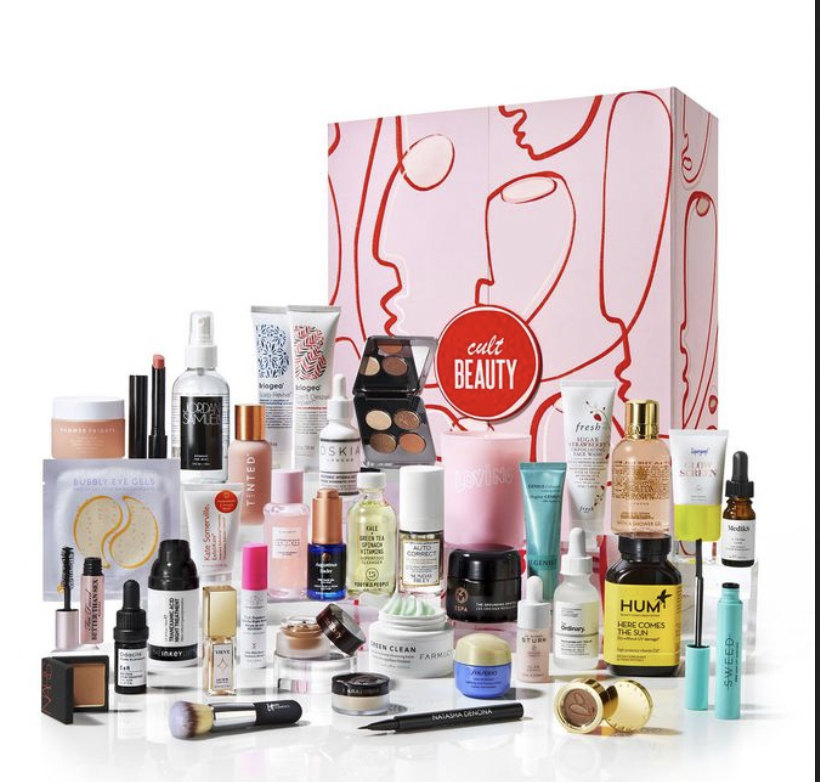 News
Cult Beauty Advent Calendar Waitlist is Now Open (And That’s Not All)
Our reviewers research, test, and recommend the best subscriptions and products independently; click to learn more about our editorial guidelines. We may receive commissions on purchases made through links on our site.