The Craft Beer Club includes flyers that provide information about the brewing companies and beers featured in each month’s box. This month’s box includes beers from Brickway Brewery & Distillery and Santa Fe Brewing Company. Both of these breweries are new to me, and I couldn’t wait to sample their wares! Brickway Brewery & Distillery is based in Omaha, Nebraska, and it’s the first combo brewery/ distillery to exist there since before prohibition. Brickway’s Hef is an unfiltered German-style Hefeweizen that’s 5% ABV. I’m a big fan of wheat beers, so I was excited to give this beer a try! It’s creamy and a little bright, with a little bit of lemony spice. I love this beer! For some reason, though, I tend to associate Hefeweizen with summertime. Is that strange? I wonder if anyone else feels that way, too, or if it’s just me. Brockway describes their flagship Pils as “the beeriest of beers!” It’s a classic Czech Pilsner Lager that has 4.8% ABV, and it’s brewed with all day drinking in mind. The flavor is crisp and clean, and my husband really liked this beer. I liked it, too, but it’s probably not a beer I’d reach for again. (To be fair, though, I rarely buy any lagers or pilsner. My personal preference leads more towards wheat beers, porters, and stouts.) The second brewery featured this month is the oldest brewery in New Mexico, Santa Fe Brewing Company. (Santa Fe has been brewing beer since the late 1800’s!)

As you may be able to see in the above photo, one of the State Pen Porters arrived damaged. (The beer oozed out from around the top seal.) I reached out to Craft Beer Club about this problem, and their customer service replied within the hour with an offer to send 3 additional cans for replacement. That’s pretty great customer service! This beer is a full-bodied IPA with 6.6% ABV. I have something of a complicated relationship with IPA’s (I often find that they’re a little too bitter for my liking), and unfortunately, this one isn’t for me. That said, if you really like super hoppy IPA’s, you’ll probably feel differently! 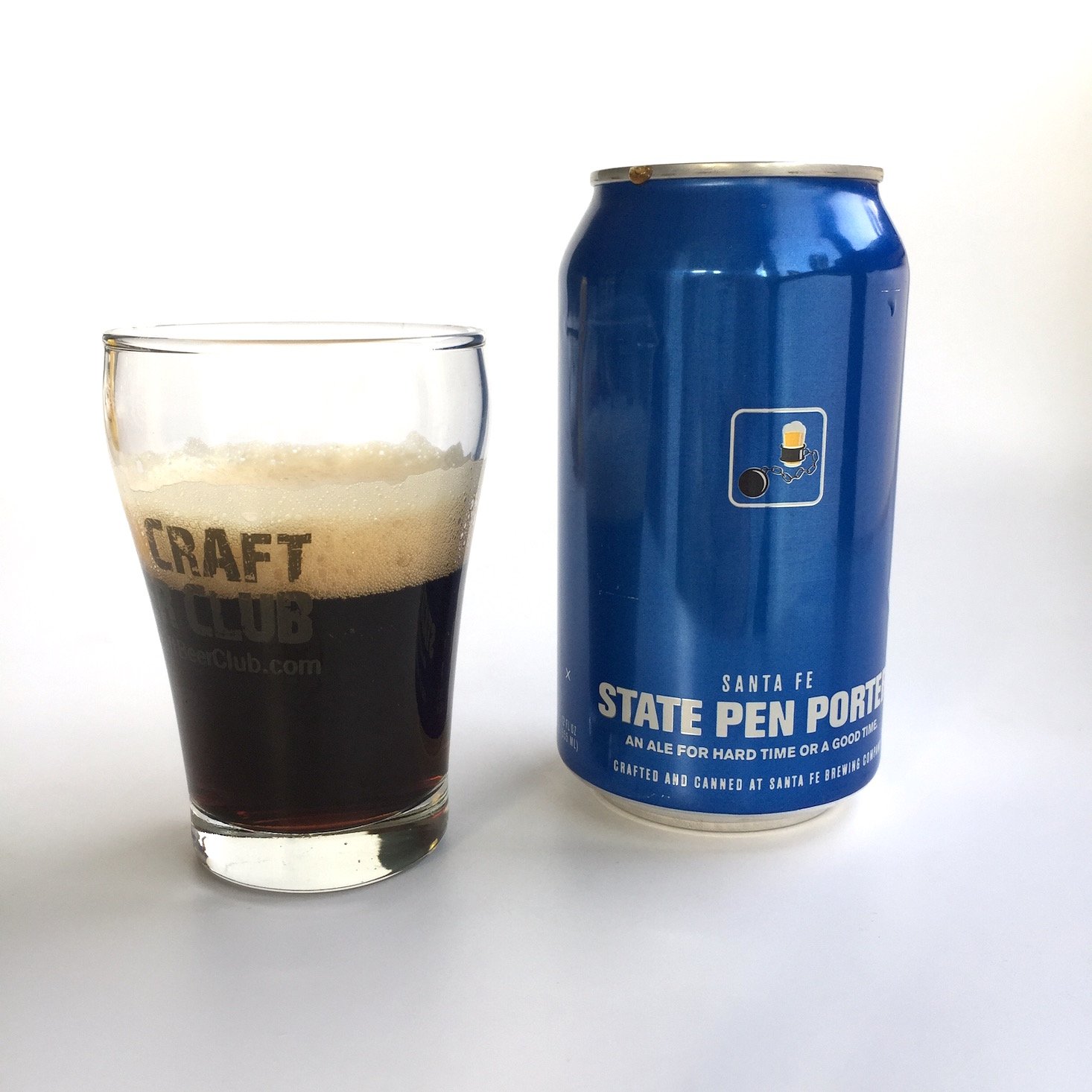 I’m a huge fan of dark beers, and this one is fantastic. It’s a rich, super dark porter with 6.4% ABV, and it’s packed with lots of malty chocolate flavor. I’ve never seen Santa Fe Brewing Company beers for sale locally, but if I do see this one on the shelves I’ll definitely buy more!

Verdict: I really enjoyed this month’s shipment from The Craft Beer Club. The State Pen Porter was fantastic, and I really like that this month’s box showcased a wide selection of different types of beer. When it comes to value, the cost of each Craft Beer Club box breaks down to just over $3 per beer. While that’s not exactly a steal, I think the price is fair— especially since most of the beers featured in the subscription aren’t available nationwide. I love the convenience of having craft beers sent directly to my door, and it’s so much fun learning about new craft breweries every month!

When do these boxes usually arrive? If i were to purchase one of these for a christmas present- would it arrive in time?