ACTIVE DEAL: Save 10% off your first month
CODE: COMICADDICTION10 Each month includes a paper information sheet that details the month's selections. The first item of the month is a ComicBoxer exclusive. The is an exclusive cover created only for this subscription! It's also signed by its creator Marco D'Alfonso. I've seen it listed on eBay for $50+, but the info sheet also mentions is selling at $30 - so I played it safe on the value. As for the story itself, I read it from my recent Blindbox Comics review, but it wasn't really the type of story that grabbed me.

The most highly-anticipated debut in comics history is here! Betty and Veronica are America’s sweethearts… until they turn on each other! Pops’ Chocklit Shoppe is being taken over by a huge coffee company. When Betty and Veronica go head-to-head over the issue, all bets are off! Friendships will shatter. Cities will burn. Nails will be broken. The second comic is another from the August Blindbox Comics as well. This is a new Superman story that is set in Shanghai, China. Instead of Superman living amongst us, this time, they're out to create their own hero from an ordinary citizen. What makes it a bit more interesting is the character - he's a bully that picks on kids - I thought that made it more interesting. 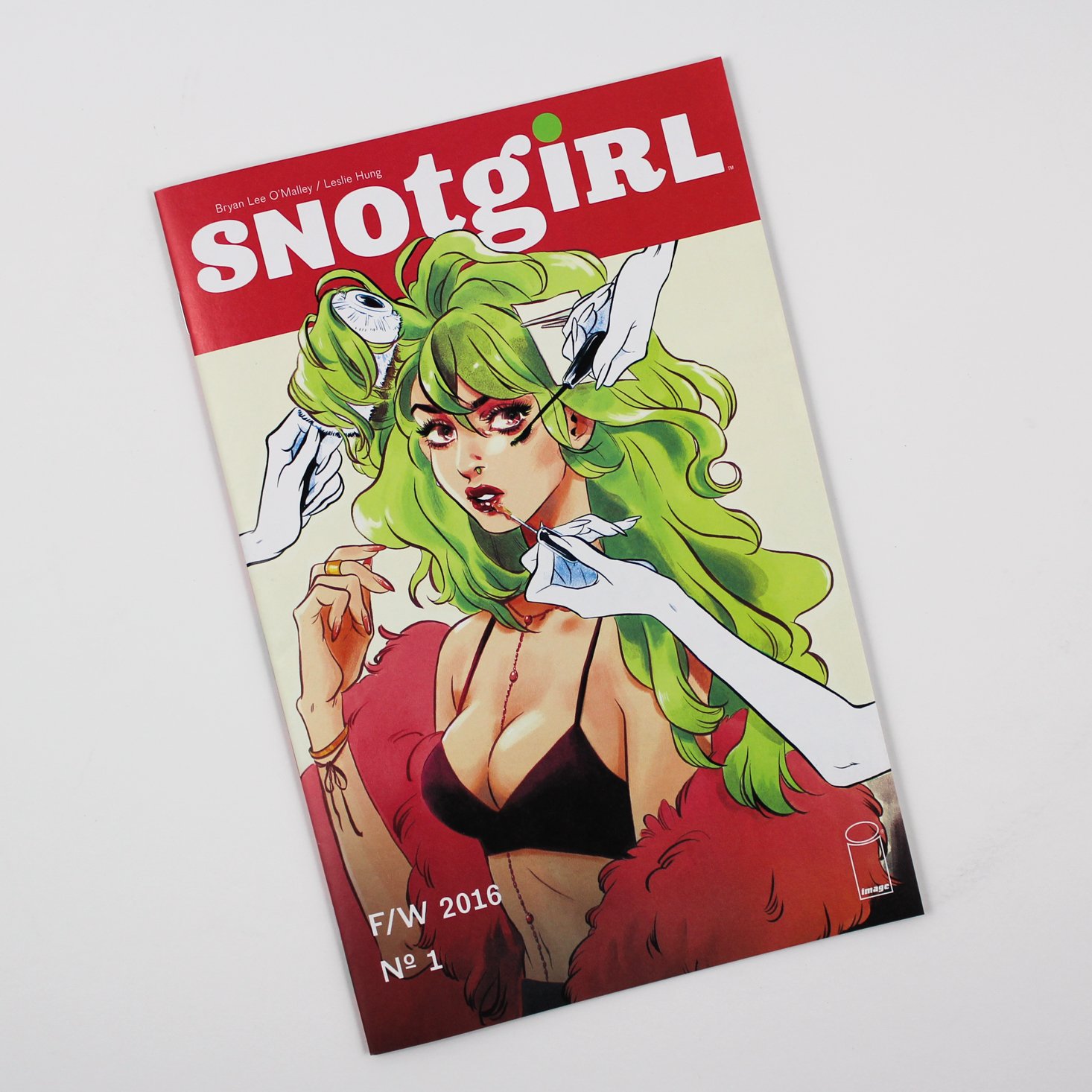 Image Comics is becoming one of my favorite publishers with amazing titles like Saga and Paper Girls. This one missed wide of the mark for me, though.

WHO IS LOTTIE PERSON? Is she a gorgeous, fun-loving social media star with a perfect life or a gross, allergy-ridden mess? Enter a world of snot, blood, and tears in this new ongoing series from New York Times Best Seller BRYAN LEE O'MALLEY (Scott Pilgrim) and dazzling newcomer LESLIE HUNG! 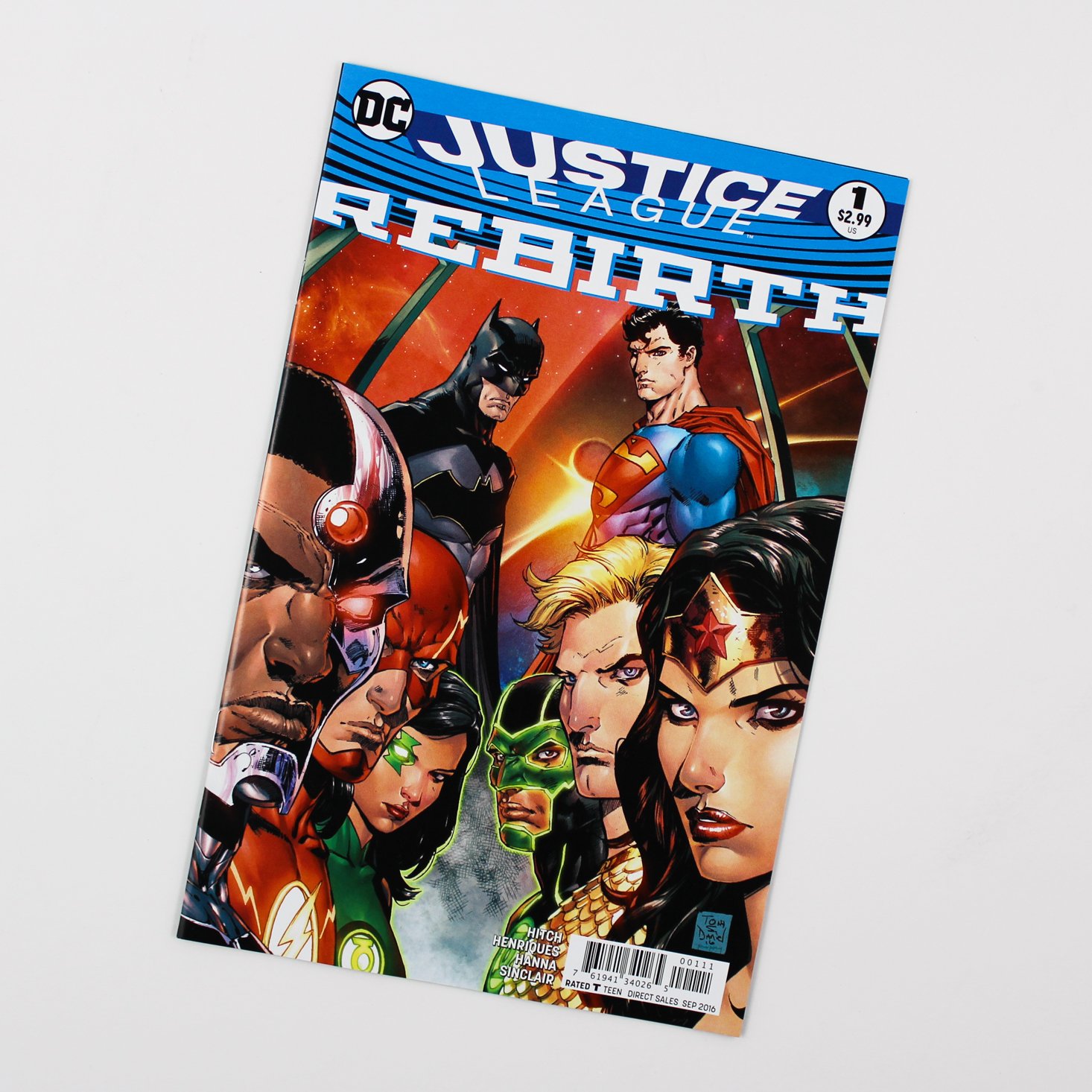 The final comic is another in the DC Rebirth. This time, it's the Justice League's first issue. I thought this was a pretty good restart of the team - including 3 new team members. It was a fun read, but I've never been a big Justice League fan, so I'm not sure if this makes it onto my short list of must-reads.

Verdict: This month's value definitely lies completely with the signed variant Betty & Veronica issue - so the box's value is really up to you, and how much you value that single comic. The price is a bit high on the subscription for a month without a valuable variant - at $19.99 + $8 to ship, 5 comics normally won't come close to the value. Overall, the selections weren't home runs for me - but I really enjoyed the Civil War issue.

What did you think of the July ComicBoxer?

Hello Eric. I was wondering, is there a comic book sub that may be ok for 9-10 year olds?

Hi Darlene. This subscription box, ComicBoxer, is the only one I know of that offers a kid option, it would be suitable for that age range. We’ve even reviewed it once: https://www.mysubscriptionaddiction.com/2016/01/comicboxer-kids-subscription-box-review-coupon-december-2015.html By Kelly Wright  |
Mar 6, 2022  |  3 comments
Our reviewers research, test, and recommend the best subscriptions and products independently; click to learn more about our editorial guidelines. We may receive commissions on purchases made through links on our site.