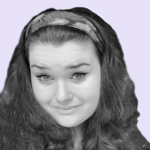 I have actually been a subscriber to Allure Beauty Box for years even though I don't personally review the box for MSA (Megan does a killer job of that on her own). I love my subscription and look forward to it every month. I had a pretty low key New Year's Eve considering everything going on, but I still wanted to do my makeup and look nice since I have such few occasions to dress up these days (I also got this stunning Charlotte Tilbury eyeshadow palette as a Christmas present and needed an excuse to use it). Once I was done getting ready, I took a look at the products I used and realized that quite a few of them had actually been featured in my Allure beauty box at one point or another. Some of the products I really have been holding onto for quite some time, others I tried through the subscription box and eventually repurchased myself. Let's take a look! I am a really big fan of the Avene brand, and their thermal spring water is something my sensitive skin enjoys. This mineral-rich water feels super refreshing thanks to the aerosol spray, so I like to spritz this on at the very beginning of my routine if I am doing my makeup in the evening as a way to add a quick boost of moisture. There are only two ingredients in this formula so it should be safe for most, if not all, skin types, and it feels like a cloud hugs my face when I apply it. The Allure Box It Came In: September 2018

I really do not use fake eyelashes- I can't tell you the last time I wore them, which is why I still had this tube of glue laying around. I wasn't actually planning of applying false lashes for NYE- it was more of a "hmm, I think I have these things, why don't I give them a try kind of thing." I fished this lash glue out of my makeup drawer, and low and behold it still actually resembled glue rather than having dried out. I like that this lash adhesive goes on white but dries clear because it made it really easy for me to see where I was applying the glue without making a huge mess. I sometimes have issues with eye sensitivity, but this glue didn't bother me in the slightest. I didn't stay out late when I was wearing my fake eyelashes, but they lasted the four or so hours I had them on without budging, so the glue did something right (and there was no damage to my natural eyelashes when I removed the fake ones, either). What is a lash glue without a pair of false eyelashes to stick to it? Just like that lash glue, I was holding onto these false lashes with the hope that one day I would actually want to try to use them. These lashes are described as being universally flattering with double stacked lashes for medium volume and a feathery look. My eyes are on the smaller side so I knew I would need to trim them, and I trimmed off from the inner corners because I knew I didn't want to be wearing the eyelashes all the way to the inner corner (that would increase the likelihood of them being uncomfortable). I waited a few seconds after I applied the lash glue to my eyelids before going in with these bad boys to try to get them to stick, and while it took a few minutes of finagling to get them lined up the way I wanted, the overall process wasn't too terrible. Once the glue was dry these lashes were in place, and I'm surprised these are considered "medium volume" because they definitely would brush near my brow bone- I definitely will not be trying out any max volume falsies. Overall, though, I was pleased with the way these looked and the ease of trimming and applying them. The Allure Box It Came In: December 2021

Allure didn't introduce me to the Charlotte Tilbury pillow talk lip liner, but boy was I stoked to be able to get one in my box. This is such a great nude pink lip liner shade for me that I could probably use only this lip liner for the rest of my life and it wouldn't be an issue except for the days I wanted to wear fire engine red. The lip liner formula is creamy and glides easily without tugging, and it stays in place wherever you put it. I spent so much time applying my eyeshadow and fake eyelashes that, even though I started getting ready earlier than I thought I needed to, I still was running behind by the time I made it to my lips. I didn't really have any idea what color to wear that would be complementary rather than clash with the look, so I just used this lip liner and applied a shimmery nude lip gloss on top. The Allure Box It Came From: LE Best of Beauty 2021 Box

I have been a big fan of the Benefit Gimme Brow gel for a long time- if my entire makeup stash disappeared and I had to walk into a makeup store tomorrow and walk out with a brow gel, I would probably pick this one. It's tinted, it adds some hold, it fills in where areas may be sparse, and it helps me look more polished while still looking natural. I have no problem spending thirty minutes blending out eyeshadow and applying fake lashes, but asking me to spend more than 30 seconds on my brows is asking to fight a losing battle. The Allure Box It Came In: September 2019

I have a lot of opened setting powders, but I can't stop reaching for the one by Laura Mercier. It gives my skin a beautiful soft finish and diffuses any harsh lines that I may have missed during blending, and it truly just makes me look prettier than I actually am.

Here was the finished look! What do you think?

Did you use any subscription box products to get ready this holiday season? Are there any products you're hanging onto that you should probably throw away (*cough, my lash glue, cough*)?

"Each month, you'll get 6+ Allure-approved makeup and skincare picks delivered to your door ($100+ value for only $23). 6 or more products (at least 3 FULL-SIZE) valued at $100+ Only expert-approved products, hand-selected by Allure editors New member gift valued at $15+ Free shipping in the cont... read more.

Jessica Hapak
I am a staunch believer that pineapple doesn’t belong on pizza and when I’m not working as a family law attorney I enjoy hiking the Louisiana trails (alligator sightings are a favorite!) or relaxing with Duchess, my cat. I’m a sucker for anything labeled a mystery box and I’ve never met a bath bomb I didn’t like.
Read More By Jessica Hapak >

Jessica Hapak
Read More By Jessica Hapak >
I am a staunch believer that pineapple doesn’t belong on pizza and when I’m not working as a family law attorney I enjoy hiking the Louisiana trails (alligator sightings are a favorite!) or relaxing with Duchess, my cat. I’m a sucker for anything labeled a mystery box and I’ve never met a bath bomb I didn’t like.
Join the Conversation

Why am I suddenly getting like 30 emails from MSA? Please fix your site.

This was a terrific Roundup article. Reminded me how much I love this box and that it includes great products. Happy New Year!

Hi Sherry,
I’m glad you enjoyed this! Personally, I am excited to see what another year of Allure brings.

Hi Jessica! This was a really fun piece. I love getting to see what you guys ACTUALLY use in real life out of the million and one things you receive for review. I just wanted to mention (because I am also a HUGE fan of the Laura Mercier setting powder) that Allure has a killer deal right now for members. I just found it yesterday after receiving an email from Allure so I hope it is still active for everyone. You can get a FULL SIZE of the setting powder in either the Translucent or Medium Deep shade for $12!!!!! Shipping is free. I can’t post a link here but if you go to the Allure beauty box website and go to the member deals it is there. Thanks for the peek inside your NYE look!

Hi JojoB!
I’m glad you found this piece interesting 🙂
$12 for the .33 oz jar is a good deal, but I prefer the full 1 oz jar because it’s easier to pick up with my fluffy brush. But also allure is offering members the ability to get a Riki skinny mirror for $99?? That’s a steal- I have one and absolutely adore it.

Oh no! I thought it was the 1 oz jar. When I clicked on the description it said “full size” and I didn’t realize the .33 could be considered full size since it is called a mini at Sephora so I just assumed they meant the 1 oz size. Now that you mention it though it does have $24 crossed out which is what the mini sells for so I should have known. Well dang. At least maybe you saved some other people from making my same mistake. I would not have ordered if I realized that as I feel the same way about my fluffy brush and the small jar. I guess I can just pour it in my old jar! 🙂

And yes to the skinny Riki! I received the Riki Cutie in an IPSY X and I am crazy about it! I am so very tempted by this Skinny… By Kat Giuffrida  |
Feb 20, 2022  |  243 comments
Our reviewers research, test, and recommend the best subscriptions and products independently; click to learn more about our editorial guidelines. We may receive commissions on purchases made through links on our site.