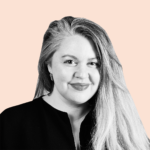 The curators will always send a card with information about each item in the box. This month we have books from both French and American authors and some chocolate to enjoy as we get our lit on. This is one big book! I am not familiar with Perec’s work, but from the info card I learned that he wanted to be a painter as a child, but gave up when he realized he wasn’t any good. Although he may have failed with paints, his ability to paint images in the mind with words is unmistakable. This book is a massive compendium of life in a fictional Paris apartment block. The setting and details are so clearly described that they might as well be painted on canvas. It reminded me very much of living in Manhattan and looking out my 22nd floor window at night into all of the others, hundreds, across my vantage point. As then I was looking into stranger’s living rooms, kitchens, studies, and imagining the lives of my distant and unknown neighbors, so Perec gives us insight into the rooms, lives, and stories of the numerous characters in this novel. There are often maddeningly complex puzzles and secrets scattered through the pages. This is not a book that can be digested in a mere few days and it deserves much longer.

Structured around a single moment in time-8:00 p.m. on June 23, 1975-Perec’s spellbinding puzzle begins in an apartment block in the XVIIth arrondissement of Paris where, chapter by chapter, room by room, like an onion being peeled, an extraordinarily rich cast of characters is revealed in a series of tales that are bizarre, unlikely, moving, funny, or (sometimes) quite ordinary. From the confessions of a racing cyclist to the plans of an avenging murderer, from a young ethnographer obsessed with a Sumatran tribe to the death of a trapeze artist; from the fears of an ex-croupier to the dreams of a sex-change pop star, to an eccentric English millionaire who has devised the ultimate pastime, Life is a manual of human irony, portraying the mixed marriages of fortunes, passions and despairs, betrayals and bereavements, of hundreds of lives in Paris and around the world. But the novel is more than an extraordinary range of fictions; it is a closely observed account of life and experience. The apartment block’s one hundred rooms are arranged in a magic square, and the book as a whole is peppered with a staggering range of literary puzzles and allusions, acrostics, problems of chess and logic, crosswords, and mathematical formula. All are there for the reader to solve in the best tradition of the detective novel. In stark contrast to the previous book this month comes this little collection of essays by Joan Didion. This book is small and absolutely beautiful. It would be an incredibly small gift for a lit-loving friend or a stocking stuffer if you could ever bear to part with it. While the Perec novel is fiction, this collection of essays are not and they are a beautiful and poignant look at life in California in the 60s. Though the essays were written long before I was born, reading them makes Didion feel very much like a peer. I was especially touched by the essay ” On Going Home”, a short snapshot of the intense and complex feelings that belong to those of us who no longer live near the area we grew up when we venture home after being away. She describes 30 as being the age where she could finally end a phone call to her family without crying after hanging up and it was as if she was writing about me.

Not all of the essays are regarding everyday life, but many speak also to celebrities and politics during that time. The whole collection is both fresh and nostalgic, new and old, and full of a distinctly California dreaminess.

Capturing the tumultuous landscape of the United States, and in particular California, during a pivotal era of social change, the first work of nonfiction from one of American literature’s most distinctive prose stylists is a modern classic.

In twenty razor-sharp essays that redefined the art of journalism, National Book Award–winning author Joan Didion reports on a society gripped by a deep generational divide, from the “misplaced children” dropping acid in San Francisco’s Haight-Ashbury district to Hollywood legend John Wayne filming his first picture after a bout with cancer. She paints indelible portraits of reclusive billionaire Howard Hughes and folk singer Joan Baez, “a personality before she was entirely a person,” and takes readers on eye-opening journeys to Death Valley, Hawaii, and Las Vegas, “the most extreme and allegorical of American settlements.”

First published in 1968, Slouching Towards Bethlehem has been heralded by the New York Times Book Review as “a rare display of some of the best prose written today in this country” and named to Timemagazine’s list of the one hundred best and most influential nonfiction books. It is the definitive account of a terrifying and transformative decade in American history whose discordant reverberations continue to sound a half-century later. This rich chocolate bar was smooth and filled with a creamy blood orange and vanilla bean ganache. It was a perfect compliment to an evening spent on my couch with the Didion essays in front of the fire.

The Verdict: The Boxwalla Book box team always does an amazing job of curating an experience rather than just a box. The books are always beautiful and feel great in your hands, and even the box they arrive in feels incredibly special. I liked the balance between the huge Perec novel and the snack sized essay collection by Didion. Sometimes you have hours to read and others you just want a little snippet of literary enjoyment. You get both in this box and both books are explorations of human lives, both normal and extraordinary, big and small. This box, to me, was absolutely worth the $29.95 cost and the total retail value was approximately $47.45.

Can you still get this box if you sign up today? Yes, but not as part of the subscription. Purchase it as a single box purchase here for $32.95. Click here to get the January box when it becomes available!

Value Breakdown: At $29.95 for this box, here’s what you are paying approximately per item:

Alternatively, each item has an average cost of $9.98.

Megan K.
I love natural/vegan beauty products, Korean skincare, unique jewelry, and weird candies from far away places. When I am not waiting for my next exciting box you can find me painting or taking photographs of interesting people. I never leave home without pug hair somewhere on my shirt and a bold lipstick on my smile.
Read More By Megan K. >

Megan K.
Read More By Megan K. >
I love natural/vegan beauty products, Korean skincare, unique jewelry, and weird candies from far away places. When I am not waiting for my next exciting box you can find me painting or taking photographs of interesting people. I never leave home without pug hair somewhere on my shirt and a bold lipstick on my smile.
Join the Conversation

I had to have this box. It is a Christmas present to myself. I did sneak a peak at it before wrapping it for the holidays, but I’m proud of myself for leaving the chocolate in the box. It is wonderfully curated & I’m so thrilled that I ordered it. Looking forward to reading both books. I feel smarter & more worldly just having it in my house. Boxwalla always does such a wonderful job.

I can absolutely identify with the feeling smarter thought! When I first opened this box I found the sheer size of the first book daunting, but inside it is so down to earth and conversational. I hope you have a cozy lit filled Christmas!

I’m reading Didion’s White Album right now. I love her writing and find her to have a gifted intelligence paired with self absorbtion. I want to read Slouching Toward Bethlehem next.

I love reading the reviews of this and Boxwalla’s film box. They are great for discovering new authors or directors or for remembering some I forgot long ago.

I think you will absolutely love Slouching Towards Bethlehem. It was my first Didion book but I found her so honest, relatable, and for lack of a better word, normal.

This was my first Boxwalla Book box, and I must say, I adore it! Such a well-curated, thoughtful collection. I’m really looking forward to reading these (and enjoying the chocolate).

I’ve been receiving the Boxwalla book box since Oct 2017 and the beauty box since June 2018 and it’s been the most amazing subscription box experience. I can say, without a doubt that the book box is my absolute favorite subscription box I’ve ever received, in any category. I’ve discovered some new favorite books due to this box. Even if I wasn’t a huge fan of one of the books, I always felt glad to have read them and I like the box has really enriched my reading experience. I hope you continue to enjoy the box!

The Boxwalla team always makes every single box feel so special. They do an incredible job. I am so happy you loved it! Spoiler
JourneeBox: Nottingham Box 2021 Spoiler #1
Our reviewers research, test, and recommend the best subscriptions and products independently; click to learn more about our editorial guidelines. We may receive commissions on purchases made through links on our site.