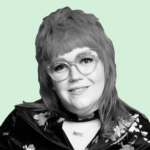 Oh, how hard mighty Danny Trejo and Michael Anthony Hall fell by agreeing to do this movie! Mickey Rourke too; dude, you were in The Wrestler, for goodness sake! This movie is a revenge western with a supernatural twist. Danny Trejo’s character, Guerrero, is betrayed by his partners in crime and is sent to hell upon death. Lucifer tells him he must kill his six betrayers to avoid condemnation to hell! I watched this with my dad. He enjoyed it, but I left feeling meh about this one. Such a travesty since the casting is rather good! This film is about a painter named Brynn who rents a cabin to concentrate on creating art in. She ends up falling in love with the spirit of a man that was murdered there. His soul is confined to a mystical artifact that hangs in her home away from home, but the ghost somehow manages to have physical relations with Brynn and defends her against an attacker. This ghost is crafty and proves where there is a will, there is a way! It gets even weirder when he finds out that he can use dead bodies as a vessel to be physically united with his love. Ultimately, Brynn finds out a tough life lesson through this star-crossed love affair with said dead dude: sometimes we fall fast and it isn’t necessarily with the person, but more the idea of them. There is a lot to unpack in this horror rom/com, but hey William Sadler is in it, so there you go. This movie features B-Movie Scream Queen royalty with director and Troma starlet, Debbie Rochon, and Lynn Lowry of Shivers, Cat People, I Drink Your Blood, and The Crazies. This movie details an ex-model that has lost her mind after losing her modeling contract and hunts young potential models for revenge and sport. The movie touches on society's warped beauty standards that are imposed on women, especially women of a certain age and size. The film is strange and unwatchable at instances, but the violent kill scenes are where Lowry truly lets loose and shows more of her acting range. This British horror film details a group of ill-fated passengers as they are under siege in a desolate, werewolf infested forest. It’s always interesting to see how a diverse group of people (in terms of backgrounds and personalities) manage to deal with harrowing and traumatic situations. I don’t find the characters terribly compelling though and was unbothered by their untimely demises. I also am still scratching my head over the appearances of the actual werewolves themselves. Overall, the movie is alright, but definitely far from my favorite.

Verdict: July’s Horror Pack was a mixed bag. Of the four movies I watched, I would say Model Hunger and Deadly Crush were my favorites of the bunch. My least favorite, surprisingly, was Dead in Tombstone. Not even Danny Trejo’s tough, yet good guy charisma made this movie worth my while. I do appreciate that there were so many indie films this time around because it enabled me to see movies I have never even heard about before!

Can you still get this box if you sign up today? No, you will receive the September box.

Value Breakdown: This box costs me $24.99 with free shipping which means that each of the movies would cost $6.25 a piece roughly. If I were to buy these movies individually, my calculations come up to $31.74 for three of the blu-rays since I couldn’t find retail value of one of the films. That is $6.75 in savings!

Nicole Rieder
Nicole has been a subscription box enthusiast since she began reviewing for MSA in 2017. She loves writing plus size clothing box reviews because she is all about body positivity/neutrality and feels fun and exciting clothing should be accessible for everyone! Nicole not only has a passion for fashion, but all things vintage from the 60s and 70s and her idol, John Waters.
Read More By Nicole Rieder >

Nicole Rieder
Read More By Nicole Rieder >
Nicole has been a subscription box enthusiast since she began reviewing for MSA in 2017. She loves writing plus size clothing box reviews because she is all about body positivity/neutrality and feels fun and exciting clothing should be accessible for everyone! Nicole not only has a passion for fashion, but all things vintage from the 60s and 70s and her idol, John Waters.
Join the Conversation

Hmmm Deadly Crush sounds like a good/bad movie to watch as Halloween approaches!

Side note: Danny Trejo has a taco stand in LA that is AMAZING! Apparently he also opened a donut shop so I’ve got to try that. Maybe he’s downgraded his acting to focus on being a restauranteur 😂