Finders Seekers is a monthly puzzle box that asks you to solve mysteries around the world. Each box delivers a challenging puzzle to be solved, comprised of clues related to a new city each month.

Think of it as an Escape Room adventure delivered right to your door! LIMITED TIME DEAL: Use code SUMMER to save $10 off!

ACTIVE DEAL: Save $5 off and get free shipping!
CODE: NEWYEAR18

The Products: A complex, challenging mystery along with clues and virtual scavenger hunts around a new city each month.

Each mystery begins with a letter from The Society of Seekers—Finder's Seekers' official name for their fearless consortium of dedicated detectives! The letter indicates the difficulty level and estimated time needed to complete the challenge, along with details of the mystery and the clues intended to help you in your quest. This month's mystery took place in Washington, D.C.! Like most of the cities featured in Finders Seekers, I've never been—but would love to!—so I was excited that it was another city I hadn't traveled to before.

I've alluded to a few solutions to clues in this review to give a more in-depth understanding of how these mysteries play out.

The letter directed all Seekers to use the Internet and dedicated Finders Seekers landing pages to begin their quest. The premise of this month's mystery is a race around the city to uncover its secrets, collect wooden nickels, and earn the title of the Masters of Mystery. These are the wooden nickels they're talkin' about. There are 25 of them, and states are printed on the front and back. So I'm guessing we'll learn as we go which states and nickels will be important in solving our mystery!

We have lots of clues to go off of this month, compared to others! To start, I was instructed to head to www.SeekersUnite.com/DC. The introduction alludes to the Freemason symbols hidden around the city, so I suspect we'll be hunting for lots of these in our quest! Each brick of on the pyramid contains a number that is the sum of the bricks directly below it. You'll need to solve for the missing numbers to earn the next wooden nickel.

I started first by adding 9 and 6 together to get 15, which would be the brick directly above them. After that, I quickly found the numbers 8 and 2. It took a LOT of trial and error (and lots of erasing), but I eventually figured out the correct number combo! Solving this clue then led me to: A clue within a clue! I knew these nickels would come into play! I googled which states these mottos matched up with and found they were: Hawaii, Minnesota, and Pennsylvania. I set the coins aside and moved on my way! The next D.C. destination was: The Natural History Museum! This involved me pulling out another insert that was included with this month's box. The breakdown states:

It looks like it might just be an educational piece on dinosaur fossils, but there is more going on with it. If you can crack this code, you’ll be able to move on to the next locale! The letters scattered around all those fossils are: V, V, J, L, R, E, Y, B, T, R, A, N, I, E, P, C, S, R, Y, D, D, U, I, O, H, V, A, W, B, L K, and S. Funnily enough, there was no M in there! So I knew right away it wouldn't have anything to do with American Dream or anything like that. Rather than try to figure out which words I could create out of all those letters, I started trying to piece together the fossils and see if that would create words.

Here's what I got, piecing together fossil pieces to create the dinosaurs pictured above:

It took a while, but I finally unscrambled it! The Z really helped—I immediately tried thinking of words that could be relevant and also have a Z in them, and I got LIZARD. What was left formed TERRIBLE, and what is the broken-down Latin definition of a dinosaur? Terrible lizard! I learned of my next three chosen wooden coins (West Virginia, Maryland, and Idaho!) and moved onto the next site.

Now, in case you do end up getting the D.C. box, I won't spoil the rest of these fun clues, but I will show you the other tools I used to solve them! This item was used at the Thomas Jefferson Memorial site and was SO EXTREMELY HARD. See the secret "3" nestled into the message around the edge of the circle? That (eventually) helped to indicate that the design itself represented a clock. Once that was figured out, I spent over an hour deciphering different tour times Finders Seekers provided which helped to reveal a secret code. It was nearly impossible!

I had to turn to help from the Finders Seekers community on Facebook for tips. Members are AWESOME about direct-messaging in order to offer helpful clues to those who are stuck. The Facebook group is full of such supportive, curious, like-minded adventurers, and it's nice knowing that other's have been stumped by similar clues but got through with help from pals across the country. The full transcript of Martin Luther King Jr.'s I Have a Dream speech contained clues that led me further in this challenge. Certain letters stood out and came together to form a phrase needed to move on. It felt so powerful and timely to be reading his speech closely—I am so glad Finders Seekers included it in the box! This last insert helped lead me to my final trio of wooden state nickels. It was the hardest one of all! If I didn't have the Finders Seekers Facebook Community to lean on for help, I honestly do not think I would have made it to the end. It involved intricate, experimental folding along established lines to reveal a hidden messaging. It was so tough!

Eventually, I was led to the final 33 state coins I'd need to complete the challenge. Once I had those figured out, the messages on the bottom of each revealed a text-deciphering code I'd use to hunt for certain things in the Bill of Rights that would help lead me to the final phrase needed to crack the case!

I won't spoil it, but it was the most fun I've ever had with Finders Seekers. It felt a lot like that scene in the movie A Christmas Story, where Ralphie is frantically spinning his cipher to find the tool. In my case though, the answer itself was a lot more rewarding! And, voila—proof that I reached the end of my favorite Finders Seekers puzzle yet!

Verdict: Maybe it's just because I've always been fascinated by the history of Washington, D.C., but I was over-the-moon with June's Finders Seekers box. The content itself felt powerful, relevant, and important to be reading, and the challenges they provided were TOUGH—but not too tough to be frustrating! They really outdid themselves with this one. I was beyond impressed with their cleverness, the items they included, and the brain-twisting path they led us on to solve the puzzle!

Can you still get this box if you sign up today? You likely won't receive the Washington, D.C. box right away, as Finders Seekers ships a box related to a new city each month, but you may receive it soon after subscribing! Order before the 22nd of each month to receive your box as soon as possible.

LIMITED TIME DEAL: Use code SUMMER to save $10 off!

Value Breakdown: This box cost $30.00 total, including free shipping. The items contained within the box are relatively inexpensive but allow for a fun, stimulating way to spend a few hours. (I adored all the wooden state coins this month! I know I'll find ways to use them elsewhere.)

Check out all of our Finders Seekers reviews and board game and puzzle reviews for more challenging subscription boxes!

What was the most puzzling clue for you in this month’s Finders Seekers box?

Finders Seekers is the box subscription that takes you on a wondrous hunt each month. We are an exclusive group of adventurers and intellectuals who receive a curious package every month that initiates a fun and challenging 'Find.' Explore world cultures solving puzzles, decoding cryptic messages an... read more.
Spoilers
Deals
Reviews
Read customer reviews >Write Your Own Review
Posted in Geek Subscription Boxes, Subscription Box Reviews

Katie Martina
Catch Katie perpetually stressing about finding the time to see every movie on her growing to-watch list. Some of her favorite pastimes include car-belting to ABBA, continuing her search for the perfect skincare routine, and just makin' sure everyone's having a good time. Home decor lured her into the world of subscription boxes, but a recent foray into knitting has her giddy to find new crafts to explore!
Read More By Katie Martina >

Katie Martina
Read More By Katie Martina >
Catch Katie perpetually stressing about finding the time to see every movie on her growing to-watch list. Some of her favorite pastimes include car-belting to ABBA, continuing her search for the perfect skincare routine, and just makin' sure everyone's having a good time. Home decor lured her into the world of subscription boxes, but a recent foray into knitting has her giddy to find new crafts to explore!
Join the Conversation

So my family and I are having lots of trouble on the Hawaiian mystery and we have tried to contact (email) finders seekers about the Molokini Crater question but we haven’t gotten a response and it has been multiple days. It is almost impossible, we have tried also just looking it up but nothing useful is coming up. But great job! 😇

Thank you for your reviews! In contrast, we hated this box and wish you had given all the answers so we didn’t waste our time, hahaha. In general, we find most of the “puzzles” are just random make-work tasks, and only a few are actual brain teasers (e.g. for the Greek box you have to read difficult to read letters, and in some of the other boxes again it’s just bad typeface, etc.). Anyway, still LOVE these reviews as we would probably not do the boxes without them at this point! 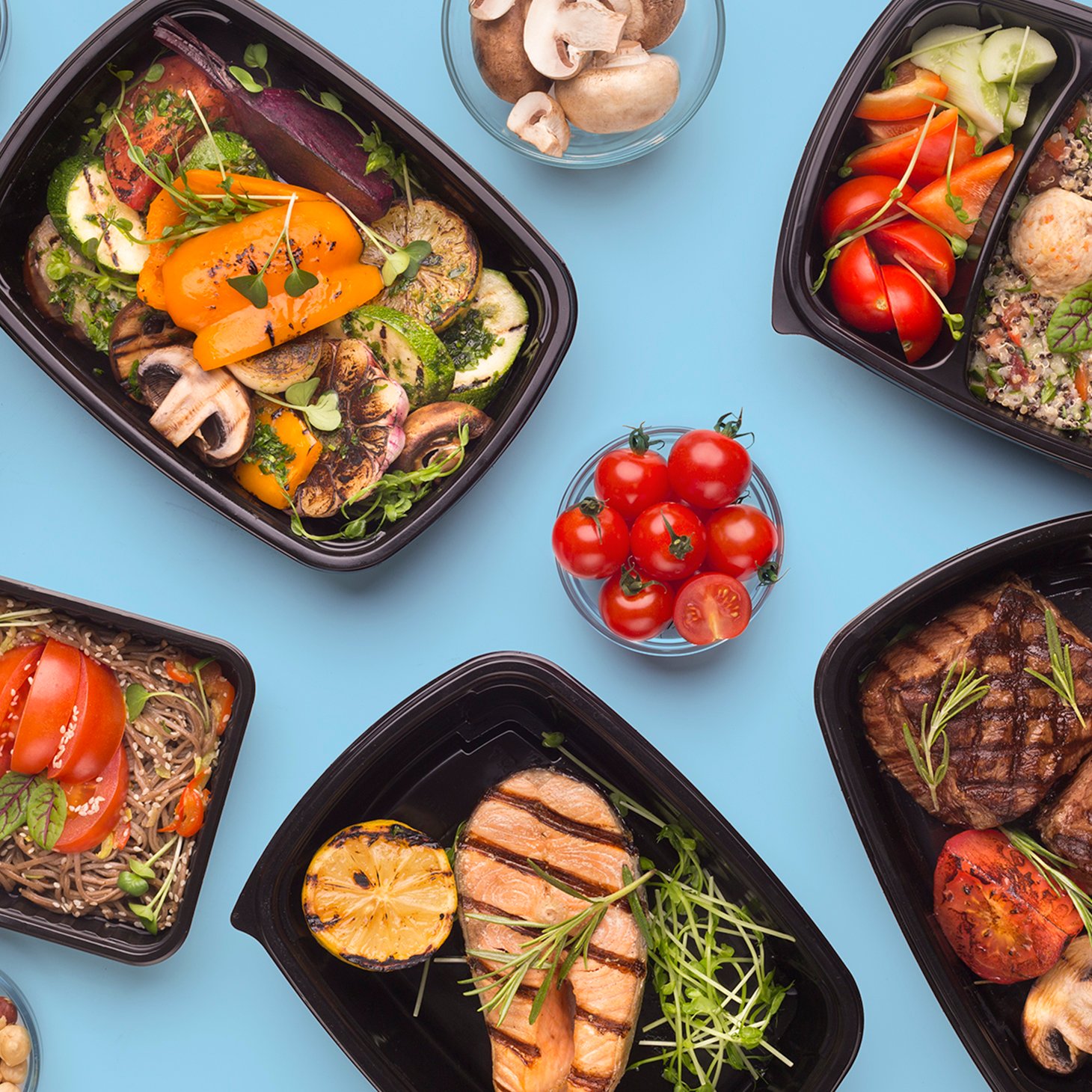