Most of us have binge-watched streaming TV before, but for many of us, it seems like our public duty to do so right now. While there is so much going on in the world at the moment, TV can be a nice way to escape for at least 30 minutes or even several hours. Comedies are especially good for this and laughing can help us get through rough times. There are even extensions for Google Chrome popping up (like Netflix Party) that are allowing us to watch and laugh together (complete with chat) from our individual houses, apartments, and dorms. Here are some of the comedies streaming right now that keep the MSA staff smiling. Why they love it: This is a comedy from executive producer Tina Fey that not a lot of people have seen, so I wanted to call it out as my recommendation. I consider it a lighter version of 30 Rock – maybe a little more heartwarming, but still really funny. I love the relationship between the main character and her mom, too.

Nathan For You on Hulu Why they love it: Liz and I are mostly amazed that he never breaks in this show – because I’m usually laughing to the point of my stomach hurting. I just love the format of the show, Nathan Fielder, and the subtle type of humor.

One Punch Man on Netflix Why they love it: Even if Japanese TV isn’t usually your cup of tea, I still think OPM is worth a shot. After lots of exercise and a regimented diet, a former salaryman becomes an undefeatable superhero and is rendered listless by his incredible ability to defeat opponents with a single punch. The humor is low-key, absurdist, and gets a howling laugh from me every time. Why they love it: First of all- I am really pumped that Season 4 is coming soon! That means if you haven’t seen it, you have 3 whole glorious seasons to watch in the meantime. I love a relatable female lead and Issa Rae (who writes and stars in this hilarious show) fills that role well as Issa Dee who is trying to navigate relationships, friendships, and her work life in Los Angeles. Between her bathroom mirror monologues and awkward encounters, I think this female-centric show is well-written and has me cracking up through even some of the more serious moments. Why they love it: As hilarious as it is wildly odd, I absolutely adore this 4 season comedy. The cast of characters is so loveable and funny, and even in the worst situations, end of the world bunker survivor Kimmy and her motley New York crew keep it optimistic and full of laughs. Also, there are so many good GIFs to be shared from this, so be sure to loop in a friend so someone else will understand all of the inside jokes. Why they love it: I’ve never binged a show as hard as I did the first time I watched Letterkenny. While it has some really, really ridiculously dumb episodes (I’m looking at you, Fartbook), it’s also made me laugh harder than I’ve ever laughed at a show. “You wanna know what, there’s two things I don’t like aboutcha, and it’s your face.” There’s plenty of dirty humor, but it’s got a streak of sentimentality and to be fair it is written extraordinarily well. It’s the kind of show that just gets funnier over time due to the constant running jokes that show up every episode and recur every season. I can confirm Letterkenny is not for everyone, but if you need a new show with a bit of a dirty streak and a lot of dumb jokes, pitter patter, let’s get at ‘er. Ferrdaaaaaa!

Curb Your Enthusiasm on HBO Now Why they love it: It’s almost scary how much I identify with Larry David and all of his quirks. With Larry, Jeff, Susie, Leon, Cheryl, Ted Danson, etc, the gang’s all there to deliver some of the best ad-libbed comedy (and don’t even get me started on Jon Hamm’s recent cameo!). The tenth season is airing now, so this is another great series with 90+ episodes to binge-watch. Why they love it: What’s not to love? If you haven’t watched this show, you’re missing out. I love Jake Peralta’s antics, Rosa Diaz’s tough-girl sass, and Charles Boyle’s sheer ridiculousness… but every character is amazing in their own right. It’s a nice light show to binge: every episode will have you laughing out loud, but there’s still plenty of good character development along the way, too, with lots of office romances and peeks into the private lives of the private eyes in Brooklyn’s 99th precinct. Why they love it: It was a feel-good movie. It made me smile. I laughed. It was a solid movie about reinventing oneself and how you lean on new sources of inspiration. It made me appreciate the friendships between generations. 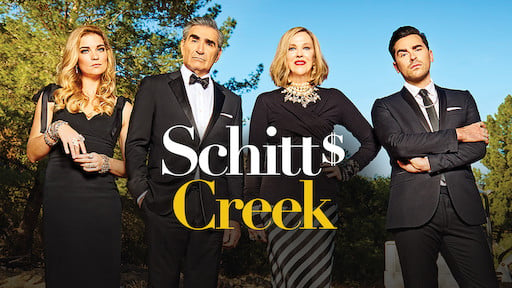 Why they love it: Schitt’s Creek is airing their final season right now and I’m so sad to see it go. I was late to this show but once I dove in, I realized what all the hype was about. Schitt’s Creek follows the Rose family after they lose their fortune and move to a town they bought as a joke birthday present. Every actor is hilarious and they play off each other so well (Eugene Levy + Catherine O’Hara forever please!). I love that this show is silly and funny but it’s also really heartwarming to see each character grow. Why they love it: You can’t help but giggle watching notable actors act out real historical events while the dubbed-over dialog is coming from extremely inebriated cohorts recanting true stories from times past. Why they love it: There’s a whole ‘lotta absurdist humor going on in this show, and the girls remind me so much of people I know, so their antics are endlessly hilarious to me. I also love their loyalty to each other. Their style might not be everyone’s cup of tea but I find it to be so spot-on for the times!

What is making you LOL right now? Tell us your favorite gut-busting comedies to watch! Clearly I am the only person who doesn’t have Hulu. Sad face.

A lot of the streaming channels have a 7 day free trial up to a month’s free trial.

Not the only one:(

NetFlix
Lucifer
AJ and the Queen

-Catastrophe-Love it!! Four seasons in!

-New addition. I don’t know if there are any Project Runway fan’s out there, “Making the Cut” debuted on Friday night. Two of the first episodes are on Prime. I’m not a spokesperson or anything, but that $12.99 membership monthly is a steal!!

Letterkenny is such a good show! I watch with the captions on because those accents are pretty heavy, but it’s amazing even if you lose a word here or there.
Heads up, there is a lot of violence, especially in the first few episodes, but it’s just fisticuffs. The lead punches a lot of people. It’s kind of his thing.

I had to watch with captions too, there were a ton of jokes I missed without them!

Letterkenny! I’ve introduced the show to so many people who have become completely hooked. Almost every character reminds me of someone I know or grew up with. Some of the episodes are a bit of a miss, especially when they drag out a joke way too long, but to be fair, the good ones more than make up for it. And the great ones… I’m coordinating a surprise super-soft birthday party for my brother’s 40th next year. He’s going to love/hate it.

“Brooklyn Nine-Nine” has so many inside jokes, Terry likes yogurt, the Pontiac Bandit (Doug Judy), I just absolutely LOVE this show. Who couldn’t love Scully and Hitchcock? I savor every episode and feel better after each episode due to the laughing and love that the precinct has for each other. Cheddar, oh my gosh.

You’re right – never seen (or heard of) “Great News”. I think I might like that. Thanks for the recommendation. I’ll check it out.

Not a comedy but I watched “Contagion” last night. Wish I hadn’t. I mean we need a break. 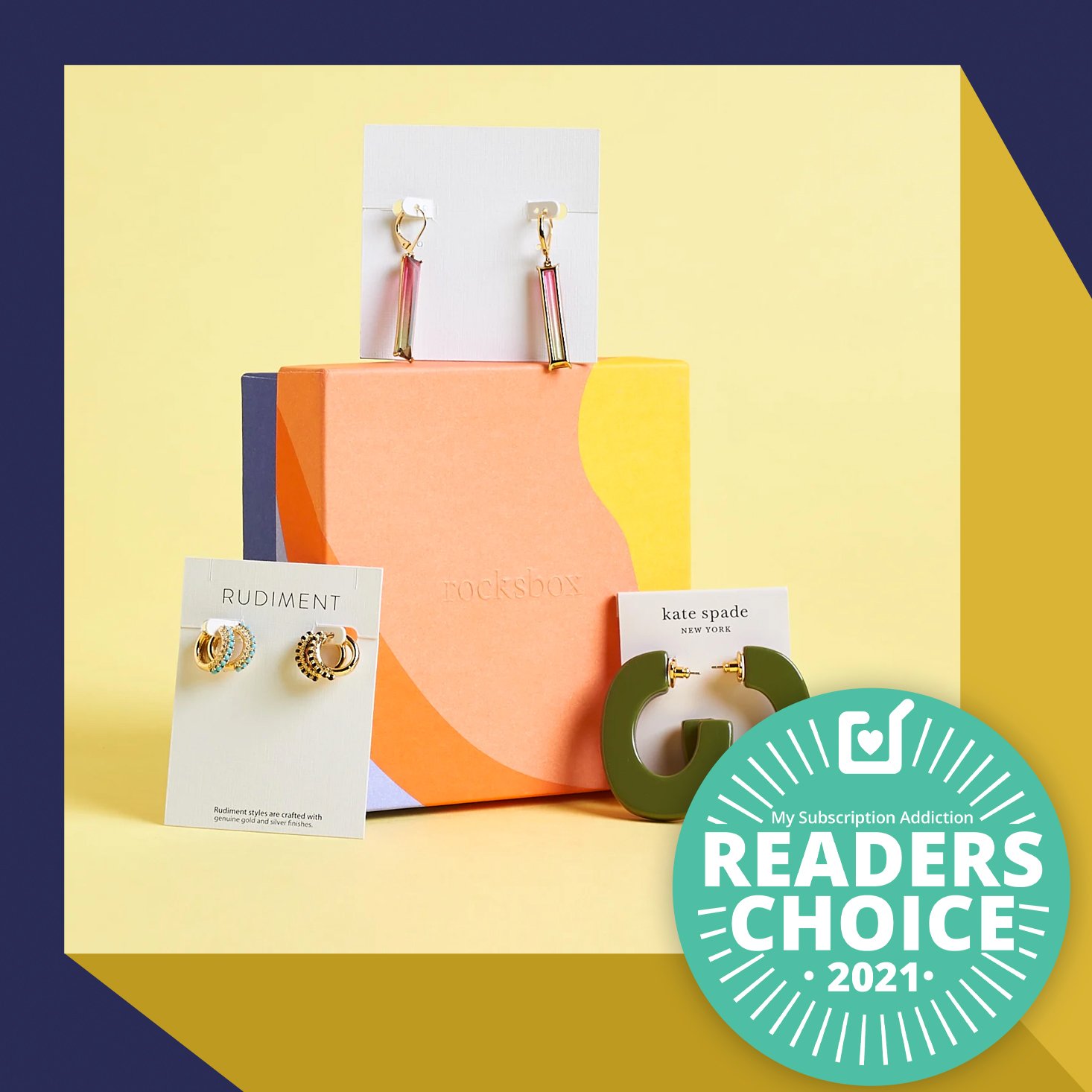 By Erin Pullmann  |
Feb 12, 2021  |  8 comments
Our reviewers research, test, and recommend the best subscriptions and products independently; click to learn more about our editorial guidelines. We may receive commissions on purchases made through links on our site.