Prime Prometics vs. Maybelline: Which Mascara Is Best? | My Subscription Addiction

Prime Prometics vs. Maybelline: Which Mascara Is Best? 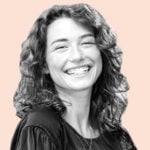 Mascara is my most used product and as a mature beauty product junkie myself, I can’t tell you how many tubes I’ve tried throughout the years that promised to both lengthen and volumize my lashes, only to be disappointed when they didn't live up to the promise.

So when I heard about the Prime Prometics viral mascara, I knew I had to put it to the test against my all-time favorite brand, Maybelline. Was I really going to be able to justify the steeper price point for mascara? Here’s how they compared:

All I have to do is apply two good coats of the PrimeLash mascara before dashing out the door and my eyelashes looked like I had spent several minutes on them. The performance is incredible but it's also incredibly easy to remove. One of my major complaints about my mascaras, especially water-proof ones, is that it always makes my lashes feel dry and brittle the moment I take off my makeup. I have also been severely alarmed by the number of lashes I find on my cotton balls as I’m removing my makeup. That doesn’t happen with PrimeLash. Their formula is like skincare for your lashes with premium ingredients to make your lashes stay hydrated and even grow fuller the more you use it.

Keep lashes healthy with PrimeLash. Get 20% off sitewide and 30% off bundles with code prime22

Prime Prometics’ formula is unbeatable. It’s moisturizing; it’s water-based so it means it's not as harsh on your eyelashes as other formulas; it’s made with safe ingredients to prevent eye irritation and allergies; it prevents clumping and flaking. It’s also specifically formulated for women over 50 so it’s super nourishing and designed to be worn all day — unlike some mascaras that have me rubbing my eyes constantly because they have started to flake off. It’s also buildable, plus easy to remove. And the best part of it? It resists any smearing, smudging, and running that happens when you wear it for long periods of time. All in all, Prime Prometics beats Maybelline when it comes to its formula. In my humble opinion, the secret to great mascara has everything to do with the application and the wand. And when I tried the Prime Prometics wand, I was very impressed. With its unique-looking wand, I noticed that every single one of my lashes — even the tiny ones at the corner of my eyes — was fully coated. The wand also gave my lashes an instant lift and length without needing to use a lash curler or a primer before application. Even with the wide range of mascaras that Maybelline offers, it’s safe to say Prime beat them all by a long shot.

Get long, fluttery lashes with PrimeLash

If you want the more affordable option...Maybelline

Let’s be honest here. Not everyone has $30 to dish out every three months (when you should be switching out your mascara for a new one because of bacteria build-up) for a brand new mascara so Maybelline takes this one. Although Maybelline mascaras can range in price, going as much as $13, it still beats paying $28 for a mascara — no matter how amazing the benefits are. Maybelline is also far more accessible than Prime Prometics as you can buy it at pretty much any drugstore and Ulta.

Prime Prometics is the clear winner for me. Not only is the wand absolutely superior to almost every mascara I have ever tried — especially Maybelline’s — but the formula and healing properties make this mascara appropriate for everyone. It contains moisturizing ingredients that make sure your lashes remain healthy while also flaunting a solid formula that won’t budge even if you like to rub your eyes constantly. If you’re looking for a new mascara that will probably become your all-time favorite, PrimeLash Mascara is it.