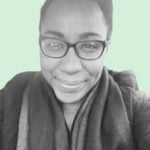 "We are working 24 hours a day, seven days a week on this. You deserve answers," Drori said in her opening. She admitted that even after working with the FDA, several state agencies, independent labs and experts, "we have not yet identified a cause." Extensive testing has been done for common food-borne pathogens, toxins and allergens, she said.

"I recognize this is so frustrating. I am incredibly frustrated," Drori said, noting more than once that the issue does not extend to their 100+ other menu offerings. She also laid out what the company is currently doing to investigate:

As the investigation has not yet identified a root cause, we are expanding our testing regimen to explore other potential, albeit less common, sources of contamination as well as protein and amino acid profiling.

Drori said some tests can be completed within 24-72 hours, but many tests can take as much as a week or more.

"We’ll continue to share more information as it becomes available. You can expect to hear from us as soon as we know more," Drori said.

Last week, Daily Harvest shared that they issued a recall for their French Lentil + Leek Crumbles, now that approximately 470 people have become ill after consuming the relatively new offering.

Hundreds of Daily Harvest subscribers who have eaten the crumbles have had a series of adverse reactions including severe abdominal pain, vomiting, low energy and more. Some have even reported liver function problems. "What started as extremely intense upper abdominal pain, fever, nausea, and fatigue took a dark turn with the test results for my liver enzymes," one customer wrote on Instagram, as reported by Bon Apetit. After seeking medical attention for the pain, he found out that his liver enzyme readings were abnormally high. He's since found others with similar reactions. "We are now waiting on answers as to what specifically contaminated the food, and whether or not we will be dealing with long term or permanent liver damage," the customer went on to say  in his full Instagram post. Some customers have expressed concern that Daily Harvest did not take quicker and stronger action.

What does Daily Harvest say?

Late last week, Daily Harvest posted on their Instagram account about the situation. "We are taking this very seriously and doing everything we can to get to the bottom of this. Your health and well-being are our top priority," they said, saying that they'd contacted affected customers directly and are currently working with the FDA to find out the reason for the adverse reactions. They have also removed old posts related to the crumbles.

Daily Harvest also posted a press release to Instagram. In the release, they note they've received about 470 reports of illness or adverse reactions "due to reports of gastrointestinal issues and potential liver function issues." They state that between April 28 to June 17, 2022, approximately 28,000 of the crumbles were distributed to customers (who have since been notified via email). They say that a refund was given for the item and advise anyone with the crumbles to dispose of them. They add that no other Daily Harvest products are affected by this recall.

It's unknown what specifically has caused the health issues that customers are experiencing, but Bon Apetit notes that raw lentils aren't safe for consumption because the lectin protein they contain can cause toxic reactions. Daily Harvest says that "all pathogen and toxicology results have come back negative so far, but we’re continuing to do extensive testing and will keep you updated."

What should you do if you have the Daily Harvest French Lentil + Leek Crumbles?

Daily Harvest says they have reached out to those who purchased the crumbles already. Anyone experiencing symptoms should first contact their health care provider. If you do not have symptoms but still have the recalled product, dispose of the bag and check your Daily Harvest account; they say that customers have received a credit for the recalled product. (update: Drori says if you ordered the crumbles for an upcoming box they've been removed from your order.)

Daily Harvest also directs customers to their advisory page on the issue; customers can also call 1-888-302-0305, 9am to 9pm ET all week.

Kai Green
Kai Green is a freelance writer who loves happy surprises, which is why she loves subscription boxes. She has a favorite box every week and gets almost TOO excited about packaging. When she isn’t thinking about subscriptions she thinks about entertainment, pop culture and BTS. Her most fervent wish is that a BTS box becomes a reality.
Read More By Kai Green >

Kai Green
Read More By Kai Green >
Kai Green is a freelance writer who loves happy surprises, which is why she loves subscription boxes. She has a favorite box every week and gets almost TOO excited about packaging. When she isn’t thinking about subscriptions she thinks about entertainment, pop culture and BTS. Her most fervent wish is that a BTS box becomes a reality.
Join the Conversation

If “all pathogen and toxicology results have come back negative so far,” how do they know it’s their lentils and not another one of their products?

I was buying meals from Nurture Life and found PLASTIC in two of the meals. I was eating these not a toddler who could have easily chocked on that. I didn’t make a big deal out of it they refunded my money, but I no longer am purchasing any pre-made meals. Who knows where they are making these. It’s not like frozen food from big companies.

I read about this on CNN — people ended up in the ER and had their gallbladders removed over this!

Daily Harvest is avoiding the issue. “All pathogen and toxicology results have come back negative so far” – of course they have. Weren’t they listening? The problem comes from EATING raw lentils. What they do IN OUR BODY, not what they do sitting in a Petri dish. This wasn’t a case of contamination with bacteria or pesticides. Sheesh.

I don’t think it has to do with undercooked lentils. In a news interview, a San Francisco man who was hospitalized said he accidentally overcooked his lentil crumbles to the point where they were somewhat burnt, and he still got violently ill.

If the beans weren’t properly cooked before being frozen I doubt they would want to admit that, they’ll probably just do a bunch of testing to look like they’re doing something. There were also reports of people getting sick from the flatbreads, but I don’t think that has hit the media yet.

But why would they be raw?

They could have been undercooked. It makes me wonder if DH gets their lentils already cooked from somewhere else or if they do it themselves.

I’m wondering that, too, Catherine. This story is confusing.

I really don’t have mean intentions by this, but MSA, you need to do better if you want to be ‘all that’ with subscription boxes. This is old news from last week. Every outlet has reported on this serious issue….last week and immediately when the news came out, even though DH has been trying to hide it and down play the serious quality control they have. You guys are always last.

This is the first that I’ve heard about it. Maybe I don’t follow the same outlets that you follow.

That being said, what is funny to me is that when I click on “Daily Harvest” in the story above, it links to MSA’s “Share a Sale” page, so they are still kind of promoting Daily Harvest even as they report that people are sick from using their products. Like, huh? By Kat Giuffrida  |
Feb 20, 2022  |  242 comments
Our reviewers research, test, and recommend the best subscriptions and products independently; click to learn more about our editorial guidelines. We may receive commissions on purchases made through links on our site.