Why I Switched to Natural Deodorant 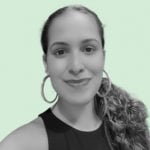 Growing up, I always suffered from skin irritations and allergies. Because of this, my Mom kept me away from anything that could give me a rash or be harmful – and that included everything from detergents with heavy scents to perfumes, teddy bears, and even generic deodorants. For a few years when I was a teenager, I used crystal deodorants but it did nothing to hide that terrible teen B.O. I went back to regular deodorants until I was about 27 years old.

At the time, I had visited a brand new general practitioner and she asked me if there was any breast cancer history in my family. I told her both my maternal grandmother and aunt had undergone treatment for it. She recommended I get tested to see if I had the BRCA gene that would tell me if I had a bigger risk of developing cancer in the future. I'll admit that I was terrified and I even considered dropping hundreds of dollars for that test – but despite not going through with it, I decided to make the transition from regular deodorant to a natural one.

According to the National Cancer Institute, "because underarm antiperspirants or deodorants are applied near the breast and contain potentially harmful ingredients, several scientists and others have suggested a possible connection between their use and breast cancer. However, no scientific evidence links the use of these products to the development of breast cancer." And despite there not being an actual link, I still didn't want to try my luck.

So, with terrible timing, during the summer of 2019, I quit using Dove and Secret and bought aluminum-free deodorants. Four different ones to be specific. I tried Schmidt's, Arm & Hammer, Tom's, and Native. When I first made the transition – and people who have been through it will confirm this – my body began to purge itself of the toxins and I can admit that I smelled worse than a 15-year-old athlete. Especially during a hot New York City summer. I don't know what I was thinking but I had to constantly dash to the bathroom every hour during the workday, use baby wipes, and reapply. Those two weeks felt eternal, and when I thought I had found the perfect deodorant and my body was done purging, I developed a very painful rash under my arms. Some people – myself included – can react to the baking soda used in some natural deodorant brands.

That little setback meant I could not use ANY deodorant or moisturizers until my rash had calmed down. But I still didn't give up and used the ones that didn't give me a rash but that I had to constantly reapply. It wasn't until this winter that I came across Athena Club's All Day Deo, which is baking soda and aluminum-free.

WHY ATHENA CLUB'S ALL DAY DEO?

The moment I put on this deodorant, it felt like it was working. (Quick side note: if you stop using your regular deodorant and begin using this deodorant the very next day, it might feel like it's not working but give it some time. Your body first needs to purge itself of toxins. Give it two weeks before deciding to move on. This applies to every single natural deodorant out there.)

The All Day Deo's scent was definitely not overwhelming  – so it didn't feel like I was masking my own body's scent or overpowering my perfumes. It also went on super smoothly and didn't feel sticky. But the best part of this deodorant was that I was never afraid of staining my clothes with it since it didn't leave a white cast. On top of that, I barely felt myself sweating and I never felt like I had to reapply.

Aside from being a natural deodorant that didn't have the ingredient that gave me a rash, I was in love with what the brand itself stands for. It's cruelty-free and it has a plant-based formula. The best part about the All Day Deo is the fact that I never have to leave my home to buy it – half of the time, I'm running around town, getting errands done, or working. I can and will totally forget to buy some personal things and won't remember until I've actually run out. But not with Athena Club. Like the rest of their products, you can get a subscription for their deodorant and you will receive a new shipment every two, three, or four months depending on how quickly you go through it. And you can modify, skip, pause, or cancel your subscription at any time. In fact, I have two of their deodorants at all times: one in my bathroom and one in my bag.

So whether you're looking to start your journey towards using natural deodorants or simply want to give a new one a try, All Day Deo is great for everyone – especially if you just love getting stuff delivered to your home.

Sophia Caraballo
Sophia Melissa Caraballo is a Puerto Rican native living in New York City, writing about everything from beauty and food to celebrities and lifestyle for a living. She graduated from the University of Puerto Rico-Mayaguez with an English bachelor's and pursued a master's in journalism from Syracuse University.
Read More By Sophia Caraballo >

Sophia Caraballo
Read More By Sophia Caraballo >
Sophia Melissa Caraballo is a Puerto Rican native living in New York City, writing about everything from beauty and food to celebrities and lifestyle for a living. She graduated from the University of Puerto Rico-Mayaguez with an English bachelor's and pursued a master's in journalism from Syracuse University.
Join the Conversation

Depending on how long ago the cancers were, usually there should be testing available for grandmother and aunt to look for the BRCA “glitch” that is typically covered by insurance. If they show up as having the issue, then your mother gets tested and insurance typically covers. If mother is positive, you should be able to get tested and have it covered. I was looking at this potential scenario somewhat recently since maternal great-grandmother, maternal grandmother and maternal aunt have all had breast cancer. But nothing showed on the testing they currently do, so no testing is covered for either my mother or myself. Granted, it is probably on another gene that just hasn’t been found yet, but as for the specific mutations that are tested for currently, I am out of luck.

I had little to no trouble switching to natural deodorant and like many others have tried many different brands trying to find one that suits me well. The best one l have tried, texture, efficacy, no irritation has been the Cleo and Coco. I have used a couple of the higher end brands that were also nice but who wants to pay 20+$ for deodorant.

If antiperspirants caused breast cancer the would not be available everywhere.

Sophia, you must be psychic because I just went through this (again). I’m not sure why I thought my pits could handle natural deodorant this time around, but I am here to say, that within a half hour of use, I was WREAKING. It was almost as if the deodorant had amplified the odor (yuck!). Two weeks or not, there is no way I could in good conscience subject others to that horror, so Secret or Dove it is. I’m glad you found something that works for you, though.

As a breast cancer survivor neither my surgeon, oncologist or radiation oncologist recommended I not use regular deodorant.

Two errors of fact to correct by this toxicologist. First, yes, you do have the BRCA gene. Everyone has it. Everyone has all human genes; some are just not transcribed functionally. The risk comes from having a specific *polymorphism* of the gene. If you have the other polymorphism, the risk is lower. Second, your body did not purge itself of toxins (natural compounds made by the body itself) – your body purged itself of toxicants (man-made chemicals). Hope this helps to clear up confusion and reduce some of the misinformation “out there.”

The previous ownership of MSA had a staff member who sang the praises of natural deodorant about once a week for months, so this topic may have been exhausted already.